Quinta dos Malvedos has been the cornerstone of Graham’s Vintage Ports ever since it was acquired in 1890. The property took its name from the rapids in front of the house, known as 'os Malvedos', which existed there before the Douro River was dammed in the early 1960s.

The 160-hectare estate is particularly well-sited in a zone of transition from the Cima Corgo to the Douro Superior subregions of the Douro Valley, bringing together the best of both, it enjoys reasonable rainfall and abundant sunshine.

The vineyard is predominantly south-facing and the ample hours of sunlight provide even and complete grape ripening, resulting in very well-balanced wines. Malvedos still contains large areas of traditional vineyard laid out on terraces supported by dry-stone walls, built by hand in the 18thcentury. The Cardenhos and Port Arthur stone-terraced vineyards, in contrast to the other vineyards on the property, face north-east, east and west, giving the wines produced from those grapes a unique identity. 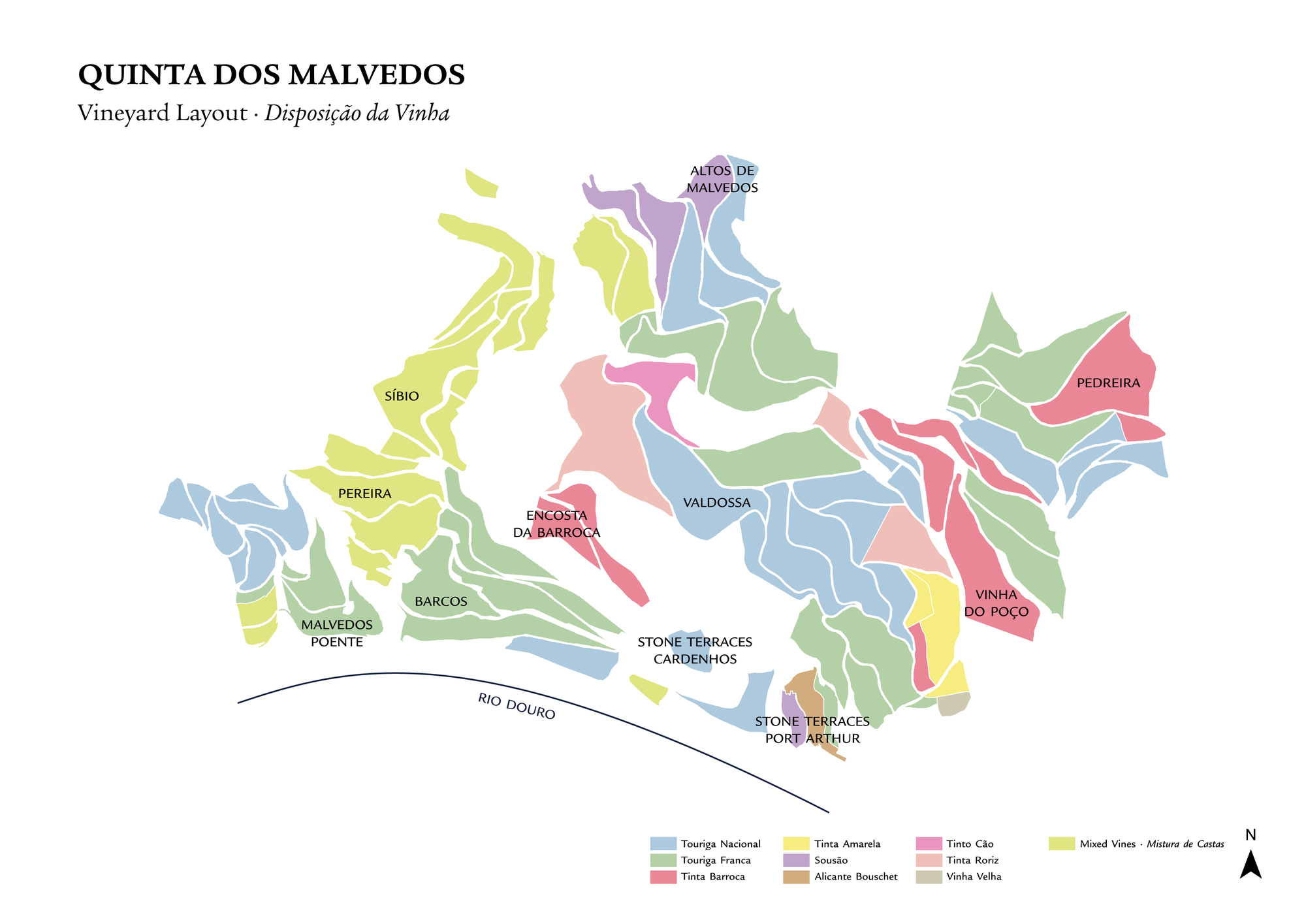 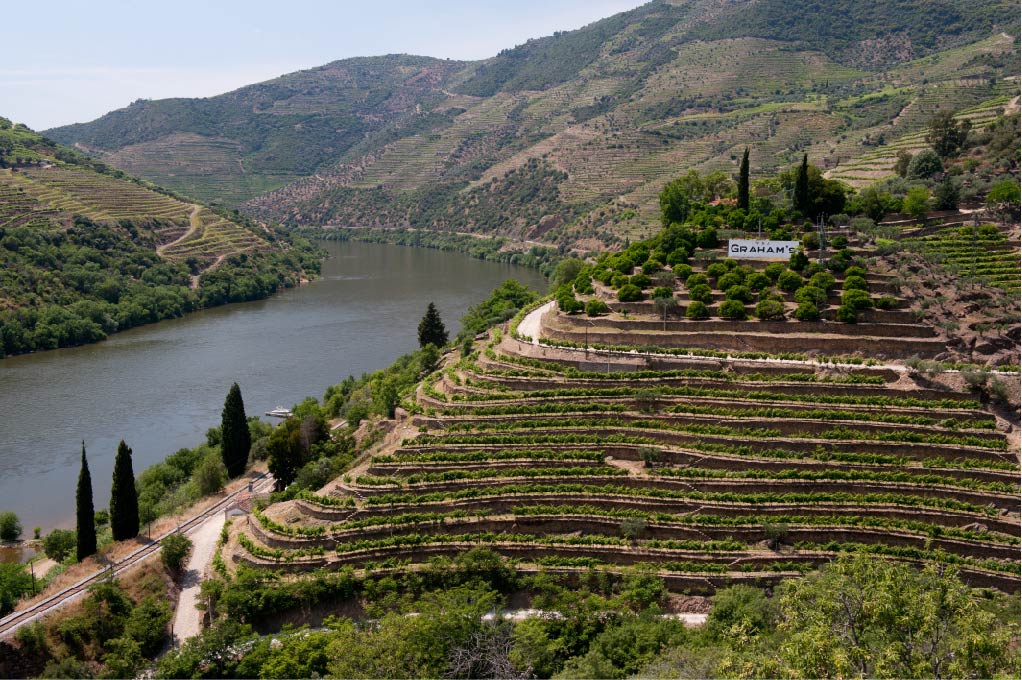