One of the classic River Quintas of the Douro and one of its most beautiful vineyards, Senhora da Ribeira is located 24km (15 miles) upriver from Quinta do Bomfim, a relatively short distance that belies the distinctive characteristics of each property.
Quinta da Senhora da Ribeira is set in the remote, hot and dry Douro Superior and commands a magnificent north bank position, overlooking a broad sweep of the Douro, directly opposite another Symington family-owned vineyard: Quinta do Vesuvio. The quinta was built close to an ancient and strategic river crossing, guarded by two 12th century hilltop castles, either side of the Douro. A small chapel dedicated to the ‘Lady of the River’ (literally: Senhora da Ribeira) has stood here for centuries and gave the quinta its name. Travellers would make a pause to pray for a safe river passage and onward journey.
Senhora da Ribeira’s wines are some of the finest in the Douro and they complement those from Bomfim in the composition of Dow’s classic Vintage Ports. The latter would be incomplete if one of the two was absent. The quinta’s high proportion of old vines (45% are over 25 years old) is of critical importance. The old vines are very low-yielding, producing on average less than 1Kg of grapes each, giving intense and concentrated musts which are ideal for classic Vintage Port. The remainder of the vineyard was replanted as follows: 21% in 2001 and 34% from 2004, the latter involving mainly Touriga Nacional vines.
This grape variety - very important for Vintage Port - now represents almost exactly a third of the total planted at the quinta. The entire vineyard has the maximum ‘A’ rating.

As with Bomfim, the consistency of the climate plays a key role, although the rainfall is only half of that experienced at Bomfim: 448mm is the 10 year average. This more extreme climate, hot dry summers and cold, equally dry winters results in wines with unique depth of colour and complexity.
Robotic lagares: Senhora da Ribeira has one of the most advanced specialist wineries in the Upper Douro, combining the best of traditional winemaking practice, evolved over centuries, and the latest state-of-the-art automated systems. Seven granite ‘lagares’ for foot treading are now complemented by three ‘robotic’ lagares, designed by the Symington family and installed in the quinta’s winery in 2001.

It has long been recognised that traditional treading produced some of the finest Ports, but there are some drawbacks involved in traditional treading; temperature control is difficult, there is a limit to how long people are willing to tread and they need to sleep.
The winemaker’s options are therefore limited, he or she cannot order treading at different times through the night, or pull people off the picking team at will. Furthermore, emptying the traditional lagar takes a long time; in the meantime the fermentation process is accelerating away. A further handicap arose over recent years, when an increasing scarcity of labour obliged the Symington family and other producers to look into less labour-intensive vinification solutions. The Symingtons opted to devise a mechanical means of replicating the proven method of foot treading.
The result was the Symington ‘robotic lagar’, a fully automated treading machine which has revolutionised winemaking in the Douro Valley. They are very expensive but the results have been so good that an increasing proportion of Dow’s finest wines are now made in the robotic lagares. Approximately half the component wines for Dow’s much praised 2003 Vintage were vinified in them.

Since Senhora da Ribeira’s reacquisition in 1998, its Single Quinta Vintage Ports have in a very short period of time amassed a highly impressive number of awards, namely: three gold medals at the International Wine Challenge (London, 2008, 2006 and 2001, for the 2005, 2002 and 1999 Vintages, respectively) as well as seven silver medals and three golds at the International Wine & Spirit Competition (London, 2008, 2007 and 2002 for the 2005, 2004 and 1998 Vintages, respectively).
In September 2006, Jancis Robinson MW wrote, “One very exciting new bottling is Dow’s Quinta da Senhora da Ribeira 2004...this single quinta bottling demonstrates superb quality with wonderful vibrancy. Great wine in any context - not that unlike some California reds! This is definitely a wine to look out for when it is released.”

After the Second World War, the European economy took a long time to recover and the Port trade endured very lean times. In order to keep its independence the family had to sell, with great regret, Quinta da Senhora da Ribeira in 1954. John Symington’s brief, heartfelt entry in the Bomfim visitors’ book for May 21st records the sad event, “Went to Senhora da Ribeira to conclude the sale...it’s been a most sad occasion but we leave the happiest memories and many good and faithful friends there.”
Fortunately, as part of the agreement, Dow’s continued to make the wines and purchase them in most years, thus ensuring the continuity of style for Dow’s Vintage Ports. Furthermore, to the family’s great delight, a fortuitous opportunity to buy back Senhora da Ribeira presented itself in 1998, a year charged with great significance for Dow’s - the company’s bicentenary. 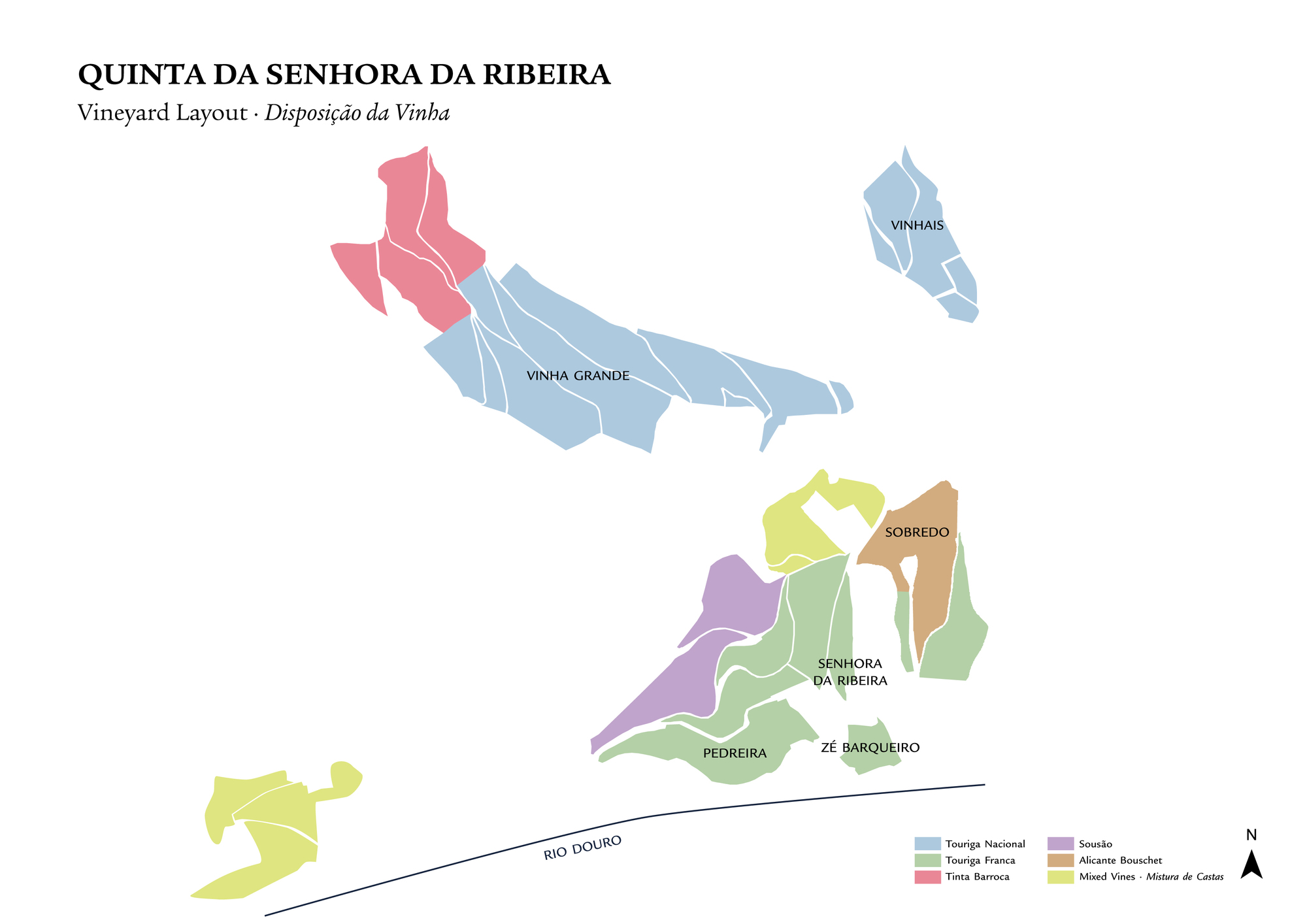