Quinta de Roriz is one of the oldest and finest estates in the Douro and has been owned by the van Zeller family since 1815. Roriz was the very first single quinta Port to be shipped and was the first to establish fame and reputation for the quality of its wines. As early as 1872 at an auction in London, 15 cases of Quinta de Roriz 1851 were sold at the very high price of 84 shillings for each 12 bottle case.

Following several years of joint ownership and management by the van Zeller and Symington families during the first few years of the 21st century, we acquired the quinta outright in partnership with the Prats family in 2009, since when it has been the cornerstone of the Prats & Symington wines.

The classic schist soil of the Upper Douro Valley at Roriz predominates but the composition is also influenced by the specific geology of the site where the presence of tin and gold tailings from the old mines at the top of the estate lend a distinctive minerality to the quinta’s wines. Situated on the South bank of the River Douro halfway between Pinhão and Tua, the quinta forms a natural amphitheatre with a predominantly northerly orientation, which provides a cooler aspect well-suited to the production of DOC Douro wines as well as the rare Quinta de Roriz Vintage Ports. 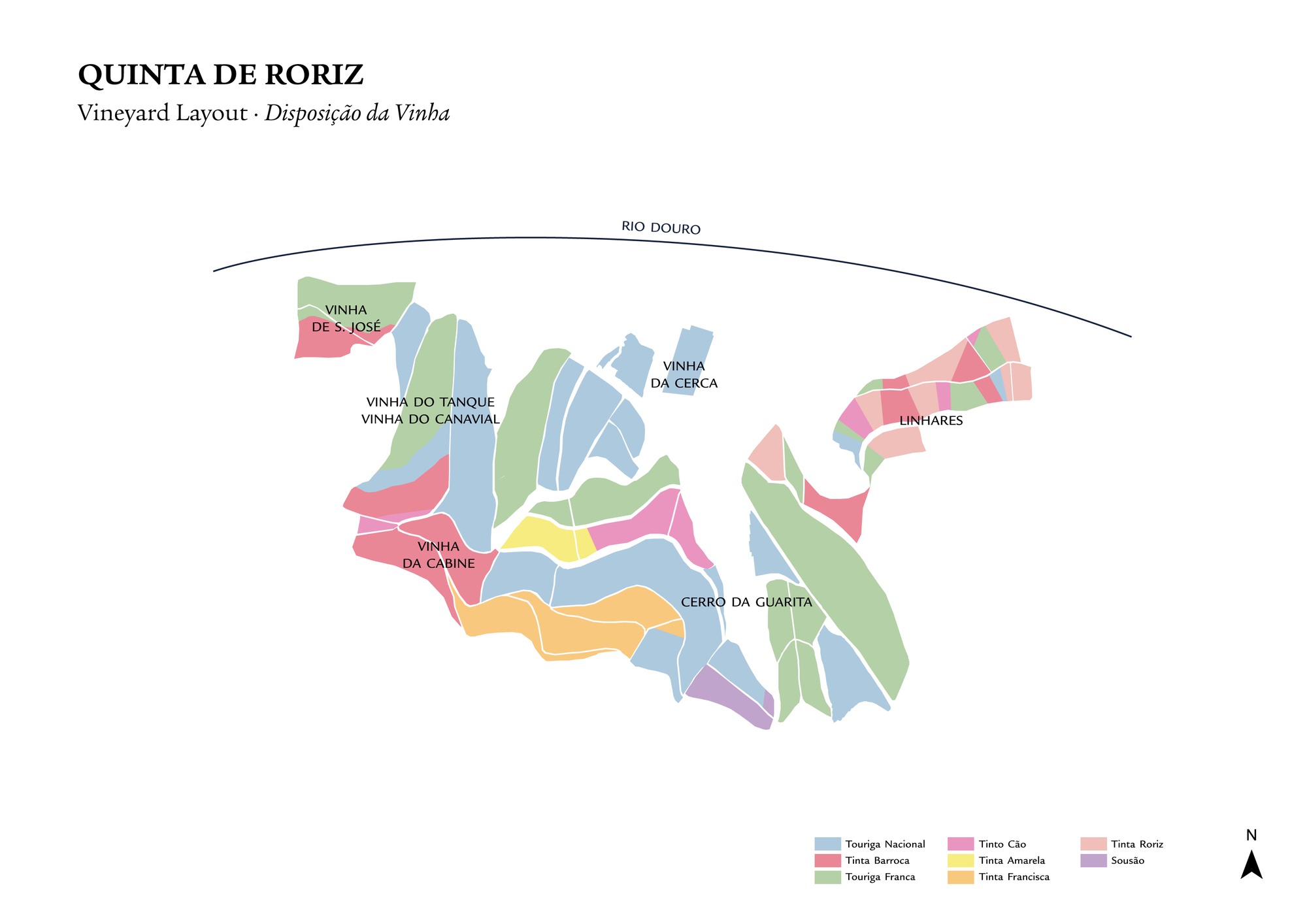