The Quinta do Vesuvio winery, in keeping with the extensive size of the vineyard, was built on a grand scale in 1827. It was constructed in the traditional Douro two-storey layout: the winery with granite treading tanks on the upper level and the lodge for wine storage on the lower level. This configuration use gravity to send the free-run wine (wine fermented ready for fortification) from the lagares, to the chestnut vats where the wine and grape spirit are combined. This method of producing port is maintained to this day, with some modifications, such as the fitting of special tubing (not visible) for lagar temperature control.

When the Symington family acquired Quinta do Vesuvio in 1989 they decided to maintain the traditional granite lagares in which the grapes are trodden by foot, a centuries-old winemaking method that produces very high-quality Port, as shown by Vesuvio's outstanding Vintage Ports.

The Vesuvio winery, the adega, is an imposing stone-walled building housing 8 granite lagares and 16 immense chestnut vats in which successive Vesuvio vintages have been stored for nearly two centuries. The capacity of each lagar is approximately 24 pipes (around 13,500 liters). This corresponds to the capacity of the individual vats, meaning that each receives the equivalent of one lagar. One of the eight lagares has been adapted for grape reception, and another two were subdivided into smaller 'lagaretes' for treading aiming at greater extractions.

In each vintage, the lagares are worked by teams of up to 45 men and women, split into three rows, marching up and down the lagar with military-like precision, their progress supervised by a team leader resembling a drill sergeant as he calls out, “esquerda, direita, esquerda...” (“left, right, left…). Vesuvio is one of a handful of properties in the Douro to preserve this ancient winemaking method. 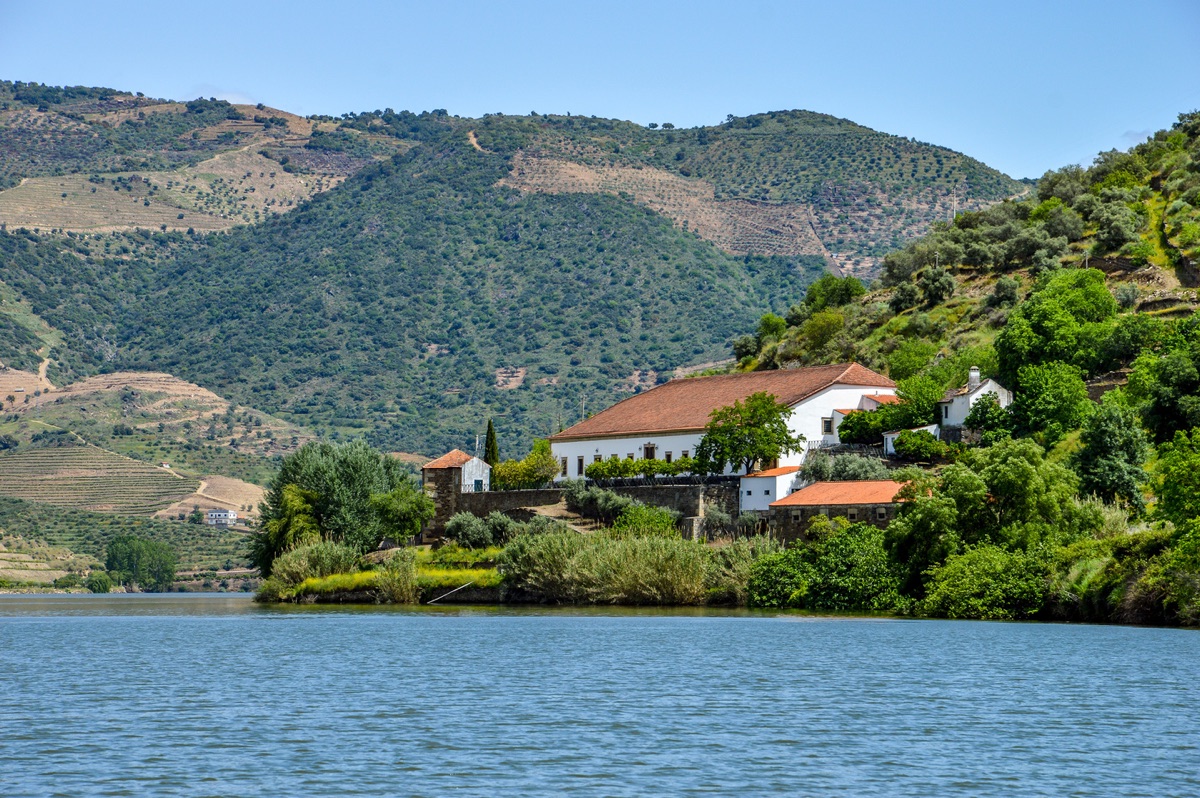