Quinta dos Canais is one of the largest and most beautiful properties in the Upper Douro region, known for its long, dry summers and cold winters. The Quinta’s name derives from a remarkable system of stone water channels (Canais in Portuguese) built in the 19th century to convey the water from the striking ‘Sibio’ waterfall, which cascades down a massive stone rock face on the steep west hillside of the estate, down to the Quinta’s orange and olive groves. Canais produces some of the Douro’s finest wines and has formed the mainstay of Cockburn’s Vintage Ports for nearly a century.

Quinta dos Canais, situated on the North bank of the Douro, is one of the largest (671 acres) south facing properties in the Douro Superior. The vineyard at this property is largely mono varietally planted and many of the vines were re-planted in the early 1980’s, therefore benefiting from having the varieties planted in the ideal locations, as well as having an average age over 20 years. The vineyard’s predominantly south-facing aspect allows for long exposure to the sun, which contributes to perfect ripening of the grapes during the growing season, a prerequisite for the production of Premium Port. However, there are also sections of the vineyard with east and west facing aspects. The altitude of the vineyard ranges from 110 meters (360 feet), close to the level of the river, up to 345 metres (1,132 feet). The principal grape variety planted is the Touriga Nacional (30.5%). Cockburn’s was partially responsible for the safeguarding of this Portuguese indigenous varietal in the 1970’s and 1980’s.

The predominantly South facing exposure of Quinta dos Canais produces grapes with a high degree of maturation. The exceptional percentage of Touriga Nacional coupled with the almost equivalent quantity of Touriga Franca make up nearly 60% of all vineyard planting at Canais. These two varieties, the Douro’s finest, largely determine the style of Canais wines. The high level of maturation almost always achieved at the property produces Touriga Nacional and Touriga Franca wines at their best with typical floral aromas combined with “Esteva” (Gum-cistus). The wines are very full bodied with fresh acidity and with a characteristic dry finish of great length.

The magnificent grapes of Quinta de Canais are made in lagares, where the system of treading the grapes ensures that the natural colour and flavors  are gently and very effectively extracted from the skins, resulting in wines of quite exceptional quality. 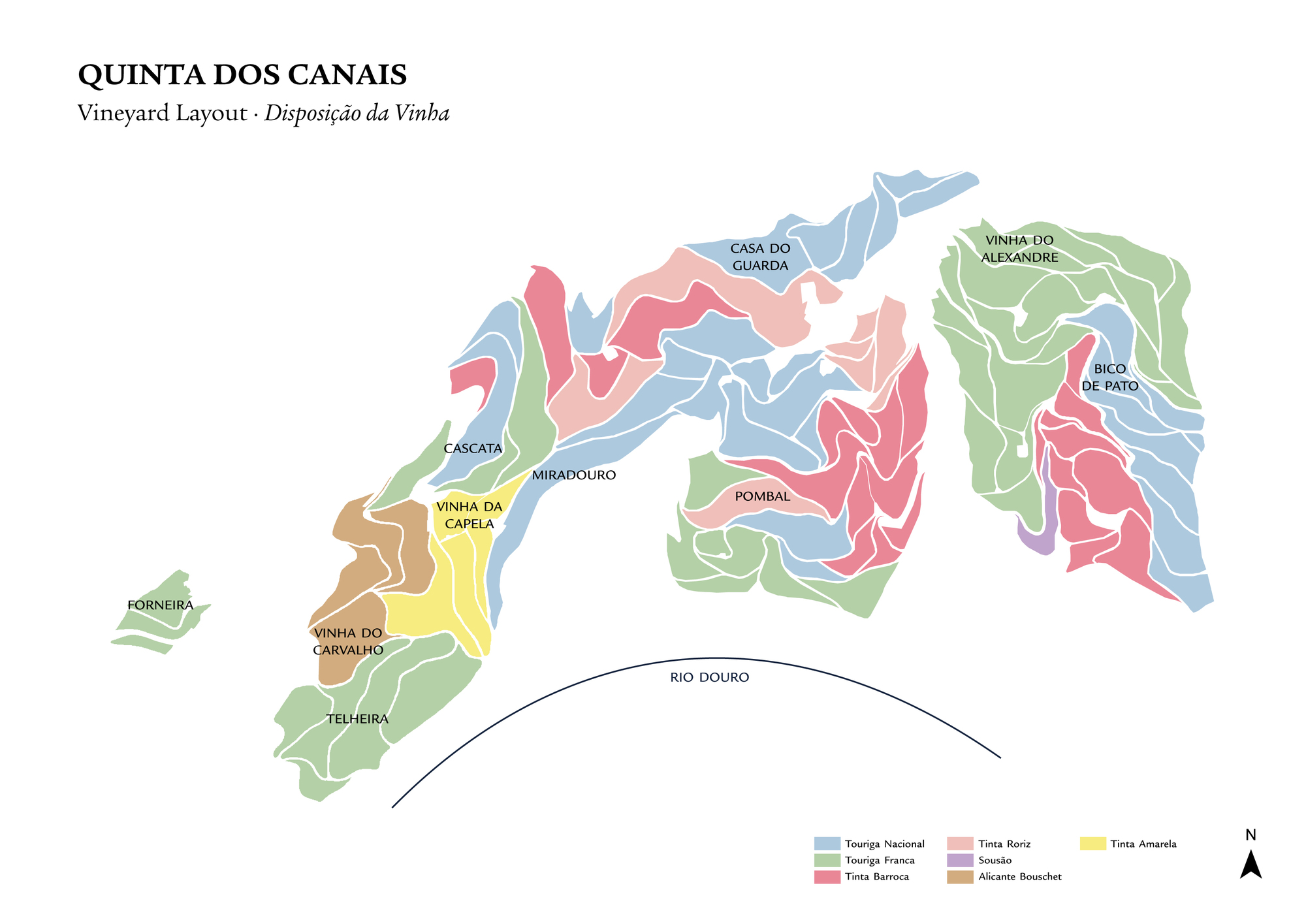 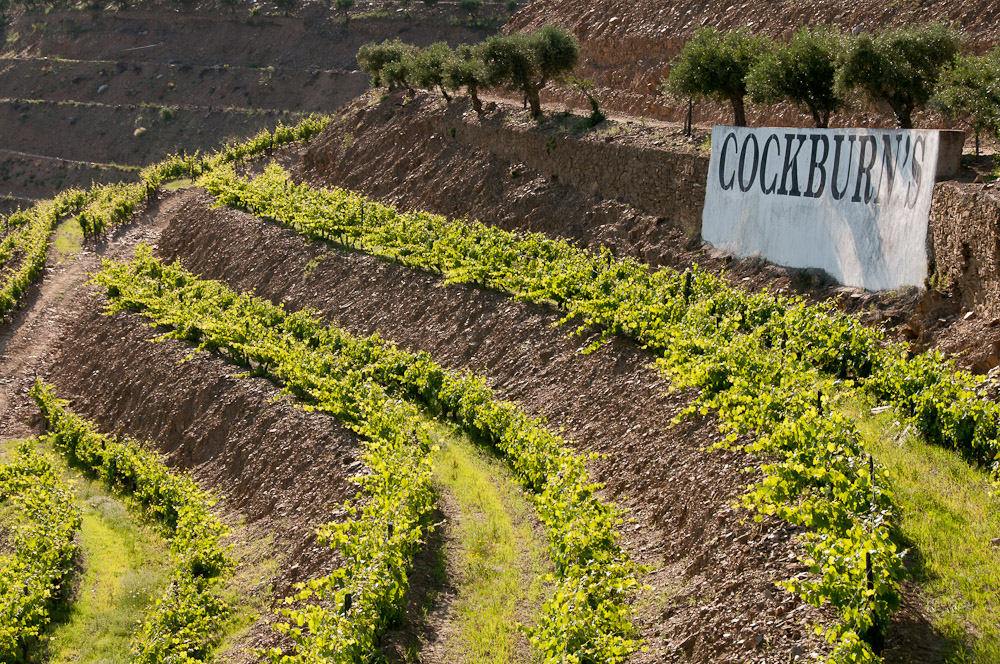